Today we are going to finally get the entire list of German subject pronouns. We have already talked about quite a few of them, but now we are going to explain them each in more detail. If you stick around to the very end of the lesson, I will blow your mind with a fact that no one else will tell you about the pronoun that you think is the formal “you” in German.

This lesson is a part of Herr Antrim’s new e-book “Beginner German with Herr Antrim“. Within the e-book, this lesson includes a worksheet and answer key to practice the skills you are about to learn. You will also get access to online flashcards and a whole lot more. Find out more about the e-book here.

In the “Du vs Ihr vs “Sie” lesson, I introduced you to the three ways to say “you” in German. In the next video I showed you how to use the pronoun “ich”, which means “I” in English as well as a few more examples with the pronoun “Sie”. Two videos later I showed you the pronouns “er” (he) and “sie” (she). In order for me to introduce you to the pronouns properly, I am going to rearrange things a bit. The full list of German subject pronouns looks like this:

“Ich” is the first pronoun on most pronoun charts and lists. It simply means “I” in English and is used exactly like you would expect it to be. It is one of two first person pronouns. I briefly mentioned the idea of first person, second person, and third person in my video about “du”, “ihr”, and “Sie”. In case you have forgotten, the first person is used when the speaker is the subject. In German there are two of these pronouns. “Ich” is what we call the first person singular.

“Wir is the first person plural. “Wir” is the German version of “we”. It is used exactly as it is in English. If you and another person or more are referred to with a single pronoun, you use “wir”. Mein Bruder und ich (My brother and I) – wir. Dieser Mann da drüben und ich (That guy over there and I) – wir. You get the idea.

There are three second person pronouns. These all translate as “you” in English. “Du” and “ihr” are used with people with whom you are familiar. This includes ‘family members and friends, but also children (even if they are not your own) and pets or just animals in general. “Du” is used to address one person and “ihr” is used to address more than one person. “Sie” is used with people you don’t know well and people of authority.

I already did an in depth lesson about the difference between du, ihr, and Sie, so if you want more details about these pronouns, I have linked it here.

The problem when you use the pronouns “er” and “sie”, is that they don’t always mean “he” and “she”. Any noun in German that takes the masculine article “der” will use the subject pronoun “er” and any noun using the feminine article “die” will use “sie”. If the noun uses the neuter article “das”, the pronoun will be “es”.

Since I haven’t mentioned this concept in any other videos yet, now is a good a time to explain the concept of noun genders. Every noun in German is assigned a grammatical gender. The gender is sometimes assigned based on the intrinsic gender of the person or animal to which the noun refers, as the examples I just showed you did, however, it becomes much more random when we start talking about non-living nouns. For example: “der Löffel” is a spoon and is a masculine noun while “die Gabel” is a fork and is feminine and “das Messer” is a knife and is neuter.

What is even more confusing to beginners is that the noun “Mädchen” in German translates as “girl” in English, which clearly has an intrinsic gender associated with it, but the noun’s gender is neuter, “das Mädchen”. The German word for a manikin is “Männchen” and despite it having the word “Mann” in it, which means “man”, this noun is neuter, “das Männchen”. While on the surface these nouns being neuter seems random, it is actually because of the suffix “-chen”, which forces the noun to take the neuter gender.

Rules for Genders of German Nouns

There are other rules and patterns that are helpful when identifying the gender of a German noun, but as a beginner, it will likely seem random. I have a few videos with tips for figuring this out, which go a lot more in depth than I can in this video. You can find those linked here and here. For now, stick to memorizing the gender of each noun as you learn it, so you don’t mix this up. Trust me, it will be better if you learn the genders of each noun you learn now, so you prevent a myriad of other issues you could cause by not knowing them.

There is also the pronoun “man”, which isn’t usually included in lists and charts like this one, but it is incredibly helpful to know. This pronoun can be translated several ways in English. It can mean “they”, “one” or the ambiguous “you”. This is the pronoun that is used in sentences like “One does not simply walk into Mordor.” or “You can’t have your cake and eat it, too.” or basically any sentence that starts with “they say…”. The pronoun “man” acts like “er” or “sie”, but without the need to pay attention to biological gender.

You can also address people with der or die instead of er or sie. If you use the article “der” or “die” instead of using their respective pronouns “er” and “sie” you are expressing a distance between you and the person to whom you are referring with that word. For example: Das ist Sascha. Sie ist meine Freundin. (This is Sascha. She is my girlfriend.) vs Das ist Sascha. Die kommt aus Frankfurt. (This is Sascha. This person comes from Frankfurt.)

The only other pronoun on the list that I haven’t talked about is the third person plural. This is basically a plural version of “er”, “sie” and “es”. If you aren’t talking directly to a group of people or things, but instead are talking about them, you use the pronoun “sie” in German. I know what you are thinking, there are three “sie’s”?!? I get it. That can get confusing, but there are ways to tell them apart most of the time. Conjugation is one of those ways, which is what I’ll get to in the next grammar lesson.

Side Note About “sie” and “Sie”

Before I sign off for this video I? want to mention one little side note about the formal “you” pronoun “Sie” and the third person plural pronoun “sie”. The pronoun that is now used as the formal “you” in German is actually derived from the third person plural “sie”, which is “they” in English. This comes from the idea that if you were to show someone respect back in the olden days, you shouldn’t address them directly at all, which means that “Sie” is less a formal version of “you” than a capitalized version of “they”. This also explains the reason they are always the same and they take the same form of verbs.

Herr Antrim’s new e-book “Beginner German with Herr Antrim“ is your guide to having your first conversation in German. Within the e-book, each lesson includes a worksheet and answer key to practice the skills in that lesson. You will also get access to online flashcards and a whole lot more. Find out more about the e-book here. 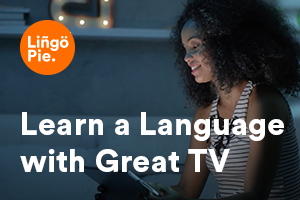