This week’s German learning tip video is a short lesson on the different types of natural disasters in Germany. I talk about tornadoes, hurricanes, landslides, and more. To learn the vocabulary, watch the video below and turn on the subtitles in either German or English. If you want a worksheet for this video or a copy of the script, you should consider supporting my work on Patreon. If you want more vocabulary on the topic of catastrophes, you can keep on scrolling to learn some words that aren’t natural disasters, but still are considered catastrophes.

Whether it be from a building simply being old and deteriorated (alt und verschlechtert) or because of some outside force such as one of the natural disasters mentioned in the video.

This could be anything from a release of a gas that kills or otherwise injures people or it could be some sort of a chemical spill, but you can also translate the word “Chemieunfall” as “chemical spill” instead of “chemical accident”. Sometimes this could result in an explosion, which in German is “die Explosion”.

Normally this is thought of as a virus (das Virus) running amok, but it can basically be any type of infection or affliction that involves a large group of people. When such an affliction effects the entire world, it is called a pandemic, which is “die Pandemie” in German.

This almost always includes part of a mine shaft (die Grube) collapsing (einstürzen) and either killing (töten) the workers or trapping (einschließen) them inside of the mine. Sometimes these stories have happy endings, but other times the people involved are not so fortunate.

This is usually the result of a drought or flood, but a famine is essentially when there is little to no food available for the inhabitants (der Einwohner) of a particular place.

When a reactor malfunctions (ausfallen) or a power plant has a melt down (die Kernschmelze), we refer to a nuclear accident.

When one car crashes into another it is usually referred to as an “accident” (der Unfall), but when a bus crashes or another mode of public transportation (die öffentlichen Verkehrsmittel) it is called a traffic disaster, which is “das Verkehrsunglück”, which is probably the proper name for both “Speed” and “Speed 2” with Keanu Reeves.

Luckily, I have not lived through any of the things mentioned in this blog. What I am most concerned about is this GIF. This is how the world will end.

Herr Antrim is a German teacher with over 10 years of teaching experience. In 2011 he started his successful YouTube Channel "Learn German with Herr Antrim". In 2015 he created this website to enhance the German language lessons he was providing on YouTube. He is now the author of his own e-book, "Beginner German with Herr Antrim". He has also been featured on numerous blogs and other sites. *This site uses a variety of affiliate links. If there is a link that leads to an outside site from which you could potentially make a purchase, it is very likely an affiliate link for which Herr Antrim will receive a small portion of your purchase. This does not cost you any extra, but it does help keep this website going. If you would like more information about the affiliate programs this site uses, click here. 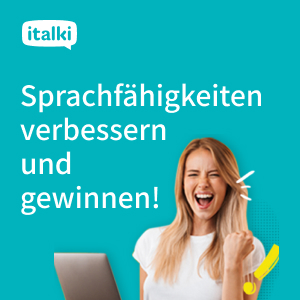 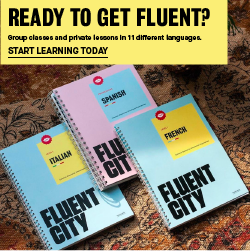